It's time for us all to be counted in the 2020 Census!  Since 1790, our country has joined together once every 10 years to take count of every person living in the United States.

What is the census?

The census is a survey conducted by the U.S. Census Bureau every 1o years.  Not only is the census required by the Constitution, but it's critically inportant to communities because census data is used to determine everything from representation in Congress to allocation of federal and state funds.  $675 billion will be distributed annually for schools, roads, and other public services - all based on census information.  In addition, the demographic data are used by businesses to determine, for example, where to build new supermarkets and by emergency responders to locate injured people after natural disasters.

How will the census impact my community?

Information learned through the census determines how funds are distributed to states, counties, and communities.  This money, in turn, can be spent on everything from public schools to hospitals to public works.  In addition, after each census, state officials will review and redraw the boundaries of the congressional and state legislative districts in Illinois to account for population shifts.

What questions does the census ask?

The census asks how many people are in your household and whether the home is owned or rented.  You'll be asked to count the number of people, including babies and people who may not have a permanent address, who are living or staying in your home.  You'll be asked to answer questions about age, race or ethnic indentity, and relationships of people living at your address to you.

How long will it take to fill out?

The questionnaire should take about 10 minutes to complete.

Can I refuse to answer a question?

You can skip questions, submit an incomplete census form, and still be included in the head count.  Returning a partially filled-out questionnaire may result in a follow-up phone call or visit from a census worker.

What if I don't respond at all?

Everyone living in the United States is required to be counted as part of the Census, and because the data is so important, the Census Bureau will send you a reminder letter if you haven't responded by April 2020.  If you do not respond the, you'll receive a paper questionnaire you can mail back.  If you don't respond to the paper questionnaire, you'll receive a visit from a census worker.

Will I be asked about my citizenship or immigration status?

No.  The 2020 Census will not include a question about citizenship.  It is important that you complete the census regardless of your immigration status.  Everyone deserves to be counted, and your information will be kept confidential.

How can I respond to the census?

How does the online option work?

Almost all households will receive an invitation letter in the mail with instructions for repsonding to the census online.  The invitation will include a unique identification code called a Census ID or User ID.  The online form will be optimized to allow people to respond on a smartphone, tablet, or computer.  Using the Census ID helps the Bureau keep track of responses and prevent duplication.  However, the Census ID is not required in order to respond online or by telephone.  If you don't have your Census ID handy, you can use your address instead.

The Census Bureau will have a toll-free phone hotline in 13 languages for people who have questions or need help responding to the census.  You can also complete the questionnaire over the phone when you call.

Is my Census data safe?

Please also know that the Census Bureau will never ask you for:

Where can I complete the Census?

You can complete the Census at home, over the phone, or you can come to the Library!  Feel free to stop by anytime to complete your census at the library - our staff are here to help you!

Learn more about the Census 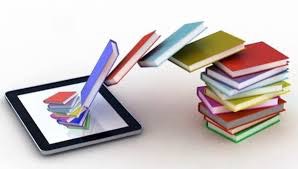